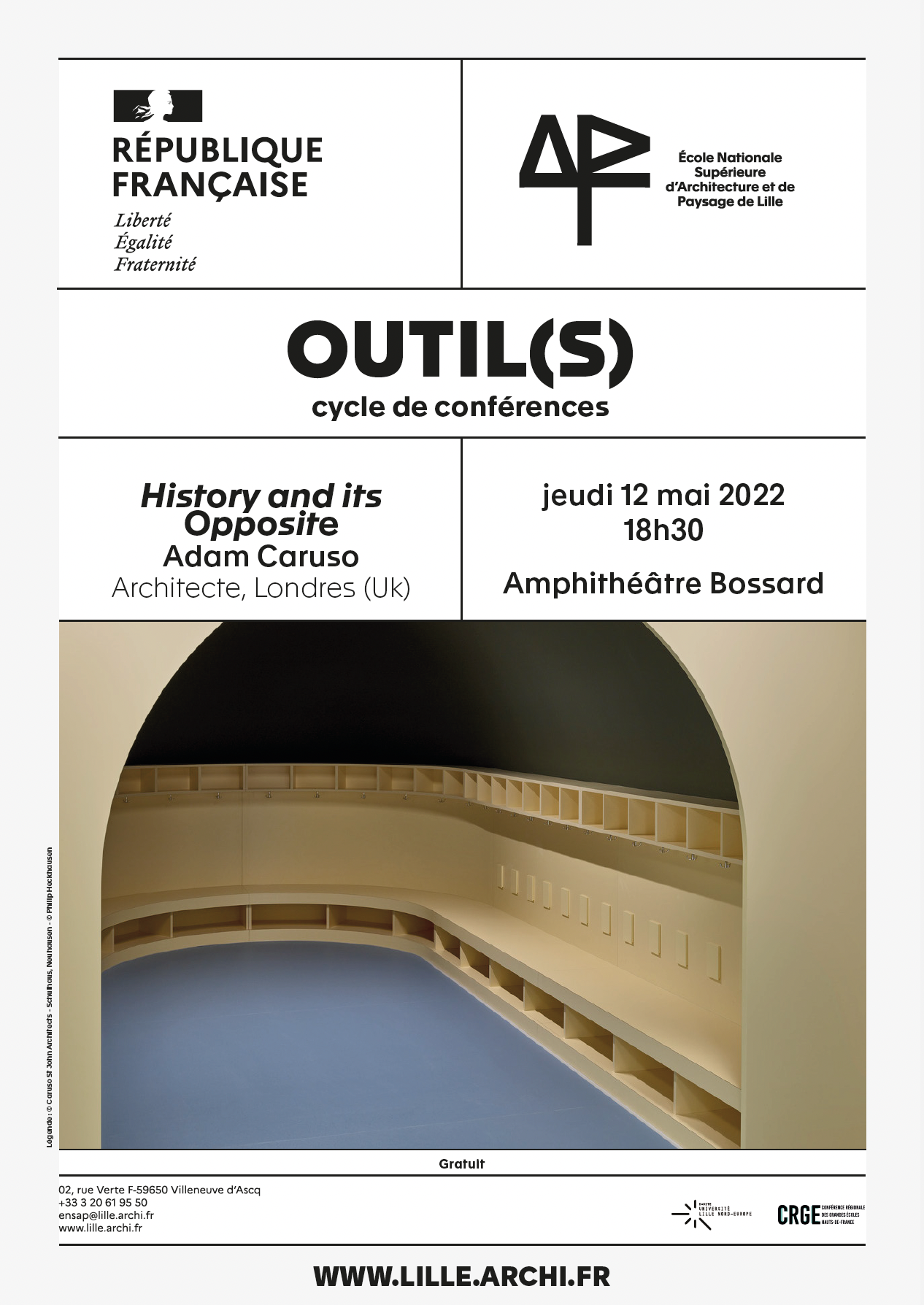 Alongside Peter St John, Adam oversees the work of Caruso St John’s two offices in London and Zurich. He is closely involved with all projects, public and commercial, including projects in UNESCO World Heritage Sites, and buildings of the highest listing in the UK.

Adam regularly contributes articles for international architectural publications, and has authored and co-edited a number of books, including The Feeling of Things; Rudolf Schwarz and the Monumental Order of Things; Asnago Vender and the Construction of Modern Milan; The Stones of Fernand Pouillon: An Alternative Modernism in French Architecture; and Hopkins in the City.

Adam is invited to lecture internationally on wider themes relating to architecture, as well as the work of the practice.

In 2019, the Royal Academy of Arts elected Adam Caruso and Peter St John, in partnership, as a Royal Academician in the category of Architecture.

History and its Opposite