The Courtepaille house is a new program of the Trente glorieuses, a restaurant-grill dedicated to road users who travel by car. The first one opened on August 15, 1961, in Rouvray. Its architecture is reproduced in series until the 1990s more than a hundred times. In France, its success was almost immediate and remains unequalled. But outside France, the company did not succeed in establishing itself on a long-term basis. The history of the Courtepaille company reveals the evolution of French society in this period of growth, new mobilities, ways of consuming and eating; and sheds light on the process by which this transformation took place. It exposes the mythologies inherited from the 19th century and the republican school, and the fashions that made its success: the barbecue, country-style decorations and thatched cottages. It reveals the expression of a double utopia: that of a unique national culture, and that of a humanity « at the same time » archaic and modern. 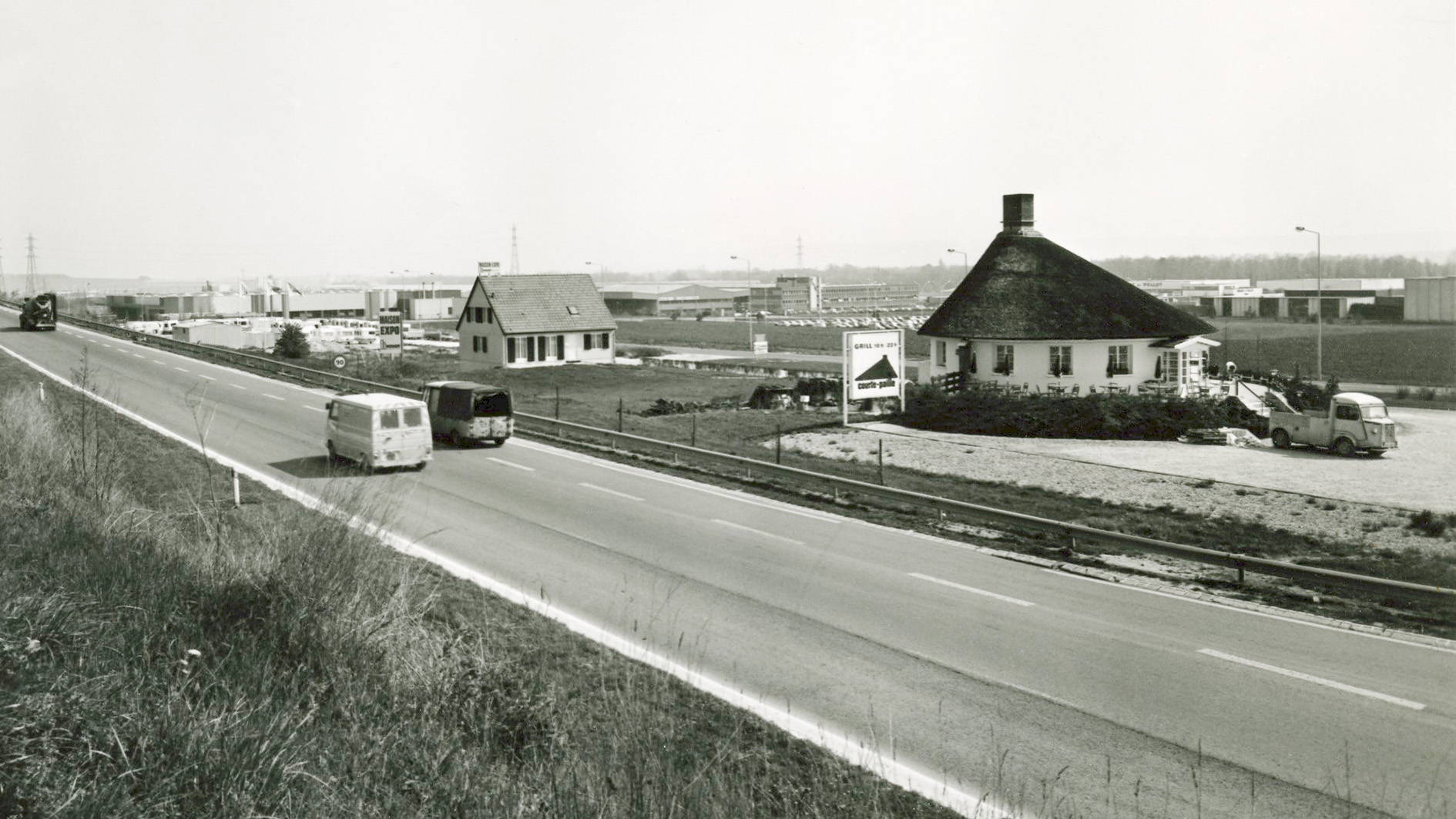